Get fresh music recommendations delivered to your inbox every Friday.
We've updated our Terms of Use. You can review the changes here.

by The Prayer Chain 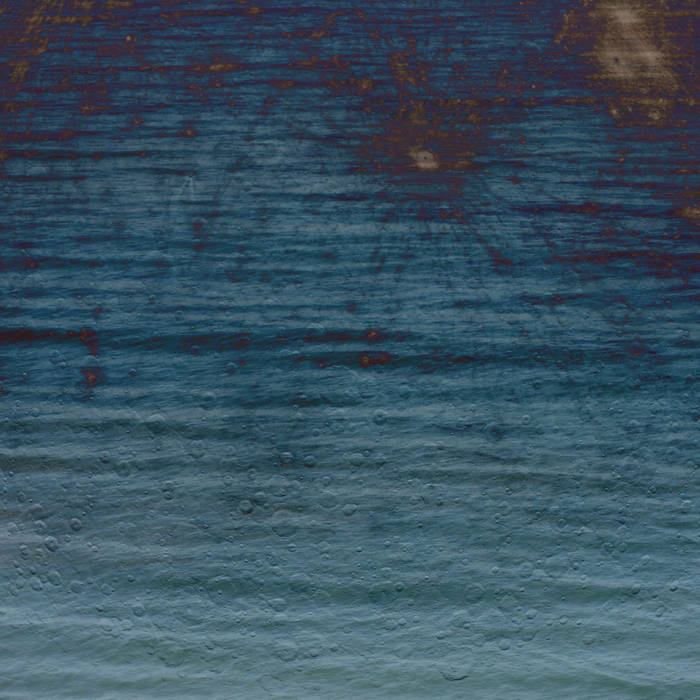 djzachlorton When I first heard Mercury, I had a hard time getting past the change in sound. Then I saw the band in '98 near Chicago at a reunion show, and everything made sense. After that show, Mercury became one of my favorite records of all time. HUMB shows what Mercury was intended to be, and it's raw, aggressively mixed, without the "arena" feel that Mercury has. The record sounds ahead of its time, honestly, and is a must-own for any TPC fan. A rare definitive statement from a groundbreaking band. Favorite track: Chalk [C].

Glass Cactus This band was always raw, always a little left or right of what you thought they were about, and always honest (once you figure out what the song was really about) Thanks for putting this together guys.

N.J.S The Prayer Chain’s ‘Mercury’ record is one of my favourite alternative albums. Now it’s long out of print. It was also not the band’s original vision - edited, remixed, and otherwise fucked with by their overzealous Christian label that was afraid the band was getting too dark (e.g. they were real). This is the original version as the band intended - and it’s amazing. Favorite track: Creole [C].
more...

In the summer of 1994, we drove out to Nashville to record our follow up to 'Shawl.' Steve and Derri had moved their studio from Southern California to a spot in the eastern downtown area of "Music City," and were just finishing it up as we arrived. Chris Colbert was still wiring things together the day before, and the paint still smelled new. But all was well: custom ancient Neve console, Studer tape machine, U47 microphone, extensive pedal collection, giant Tannoy monitors. We wanted to make a very 'sonic' recording, and there were no better people to do it with.

Steve had previously joined us in California for a few days to help us pull the songs together. We had a handful of solid song ideas, and a bunch of scraps. "Mercury" was written in these pre-production sessions, as were a few others. Steve left with some understandable hesitations, knowing that we were about to hit 'record' on Reunion's dime, and had a very thin amount of material to depend on. All we really had was a very large collection of cassette tapes that had all of our song writing sessions and rehearsals and pre-production on them...which got stolen right out of our van when we showed up in Nashville.

The first five days of recording were without Tim, who stayed behind to handle some things. In that time, we got most of the basic tracks done on almost all of the songs, and then some. 18-hour days will get you that. Some songs were tough to get ("Grylliade" took a few dozen attempts), and others came together live, all at once ("Manta Rae"). Colbert dutifully indulged us, and Steve made sure that most of the guitars were done fast, in a few takes or less, to keep the reckless, immediate feeling we hoped to capture (sometimes prying the guitar out of Andy's hands to do so). Eric played the bass lines of his life, and Wayne and Steve symbiotically created percussion beds that eliminated the need for standard drum parts. Everything was an experiment, chances were taken as much as possible, and a philosophy of "whatever is least expected" was upheld to the best of our abilities and tolerances.

We took a break at one point in the recording to drive up to Cornerstone Festival in Illinois, and play our only mainstage appearance there. If you're in a band, then you know that the shows you play while you're in the middle of recording are usually 'not so great.' A highlight for us, though, was the early mix of an incomplete "Humb" that Chris prepared to use as an intro to the set. At least we enjoyed it. A lackluster performance and response left us even more defeated yet, in a way, it justified and strengthened what we were feeling and hoping to do in the studio. So we returned with an added boost of dark energy to propel our vision.

We wrote and recorded vocals in a short time frame as well, often arguing well into the night about a line or two. Steve handled Tim's vocal production almost exclusively, while the rest of us crept around in the hallways, listening through the door. Great producer that he is, he kept us from (literally) killing each other, and somehow got us out of there with an album. After arriving home, we had a few overdubs left to do before mixing, so we did those at the Green Room. Gene and Colbert then mixed it there, too, renting some awesome outboard gear, all down to 1/2 inch tape, running at 15 ips through Dolby SR. Through the big main speakers there at that studio (which were famously accurate and awesome), it was a 3D experience. The attitude of the mix was the same as the tracking: fast, wild and furious. Things were left too loud, vocals too quiet, bass too distorted, panning too unnatural. Whatever made it unexpected and surprising, even to ourselves.

So we sent it off to Reunion Records. We were quickly notified that our A&R guy was flying out to see us, and needed to meet with us right away. We picked him up at LAX, and went straight to the nearest Mexican restaurant, climbed into a booth, and he addressed us all with one question: "Are you guys OK?"

The answer was, of course, 'no,' actually. We were dying inside, hurt by each other, suffering through our own individual dilemmas, and fed up with the 'Christian Music' business. We purposefully made a record that would get us fired from the job Reunion had planned out for us, which was "the new Petra." After all we'd seen and been through, the answer was, "thanks, but no thanks." It had only been three years since we wrote "Shine," but it felt like a lifetime ago.

So we were instructed to go back into the studio, and write more songs. Something they could "sell." They couldn't be blamed, for sure. They had high hopes for us to be a commercial success, and we sent them an album that was a CCM suicide. Intentionally. If our name was cursed around their offices, it was justified.

It is also fair to say that the band was not completely unified in this abortive intent, and that, in fact, the dark spectre of divorcing tension participated in the sessions like a fifth member of the band.

This is, released for the first time, that initial album in its original order, with the original mixes, just as it was sent off to the label at the end of that summer. The original work of art. The statement we expected to make.

What would you have done if you were them?

{for the correct experience, listen to the whole record all the way through, in one sitting. it's long, but how you feel at the end of it....that's what we wanted}

[{this album has been remastered in a way that deliberately shows off the mixes for what they are. this is how they sounded (for better or for worse), sitting in the studio right after they were mixed. this album was made in a time before 'loud mastering' took hold of the music business. if it sounds lower in volume to you than the latest greatest records, that is because it is. all records used to be mastered at a similar level, which corresponded to the amount of volume a vinyl disc could handle. as CD's took over the business, and people realized you could smash up the volume of a master into a brick wall ceiling, the 'loudness wars' ensued. however, in order to do that kind of mastering, many changes (and compromises) to the mixes must be made. we can't go back and remix the record (wouldn't want to anyways) because the original master tapes were lost in a flood in Chris Colbert's Nashville basement. all we have are the final mixdowns, so, it is mastered in a way that is true to the way it was originally mixed}]

Bandcamp Daily  your guide to the world of Bandcamp